Enjoy browsing our roster of Beatles Tribute Bands in Lancaster.

We represent and support only the finest and most experienced bands and acts and entertainers available!

With such an excellent selection of Beatles tribute bands to choose from in Lancaster, we are confident that we have a band that is perfect for your function, venue, party or event.

All of our tribute bands are highly experienced, professional, entertainers; they take pride in their work and are constantly striving to achieve tip-top show standards. They are all guaranteed to provide excellent quality entertainment and to ensure customer satisfaction.

No matter what the occasion or event and whether you are planning a party, wedding, festival or concert, we can suggest a choice of Beatles tribute bands that will be suitable for you.

All of our suggestions will be of the very best quality and will present a thoroughly professional and highly entertaining performance packed full of your favourite Beatles songs and you can expect to hear some of these great Beatles songs and others too:

Special song requests can always be catered for if requested in advance, and all of our Beatles tribute acts also support a selection of costumes so if you’d like them to present music and the imagery of particular years on Beatles music, let us know and we’re sure that your requests can be accommodated.

All of our Beatles Bands are able to provide their own sound and lighting systems, which will usually be suitable for most average venues of average size, Extra equipment can be hired easily and cheaply for larger venues.

Our Beatles tribute acts have performed extensively at all types of venues, events, parties and festivals both indoor and outdoor and for all sizes of audiences too, from large crowds too much smaller and more intimate gatherings. No matter what size the audience, stage or event, you can be certain that our bands will always do their best to present an excellent show performance and that they will be totally professional from start to finish.

The Beatles music is absolutely legendary and lends itself to all sorts of occasions and events, their music is universally appealing, and so well known all around the world, you can almost guarantee the toe-tapping and singing along will be instantaneous as soon as they start to perform their timeless classic songs.

Brief History of The Beatles

The Beatles were a British (English) Rock boy band who originated from Liverpool in the early1960s.

The core members of the band were Paul McCartney, John Lennon and George Harrison who were supported on drums by a number of musicians until the core three finally invited Ringo Starr to join the band permanently.

The band enjoyed massive success both in the UK, the USA throughout continental Europe and throughout the world, and is widely regarded as the most profound and prominent act of the 1960s Rock era.

Influenced by the 1950s rock n Roll and Skiffle genres, the band went onto to evolve their own sound which included experimenting with Pop, Psychedelic, Indian Music and some hard rock sounds. The band also included more classical tunes and sounds within their productions to add light and shade and variety to their style.

The buzz-word “Beatlemania” evolved as a description to the mania and euphoria of the fans that followed and supported the band but as their music took on more mature and sophisticated sound with a greater depth or meaning developed by the two principle singer-songwriters McCartney and Lennon, it was later appreciated by a wider audience, and was regarded as an embodiment of the ideas shared by the 1960s anti-establishment counterculture which was prominent throughout the 1960s and early 1970s.

The band originally learned its craft and developed its act playing the clubs in and around Liverpool and Hamburg between 1960 and 1963. Several drummers came and went during this period including Pete Best until they finally settled and asked Ringo Starr to join them permanently.

The band's career was shaped by a collaboration of their own aspirations for the band and the skills of their manager, Brian Epstein, who shaped them as a professional international act, their record producer George Martin provided guidance and helped to develop their recordings into commercially saleable products.

The band’s recording success got off to a fine start with “Love Me Do” in 1962. The band were nick-named the Fab Four as Beatlemania took the country by storm and they fast developed into an international band and took the USA by absolute and incredible storm!

From a point in 1965 onwards they recorded hugely influential albums together and produced five successive albums in the period: Rubber Soul, Revolver, Sgt, Peper’s Lonely Hearts Club Band, The Beatles (Album) and Abbey Road were all notable successes for the band.

The Beatles is regarded as the best selling band in the USA, having sold 178 albums and singles. In the UK they have sold more singles and had more albums reach the number one position than any other singer or band before or since.

Their Awards list of achievements is as long as your arm with Fifteen Ivor Novello Awards, 10 Grammy Awards and an Academy Award. Other credits, awards and accolades were abundantly bestowed on the band both during their performing years and since the band's retirement.

The band was inducted into the Rock and Roll hall of fame in 1988.

The band split in 1970 and the four members all pursued separate successful musical careers.

The band is universally regarded as the most successful band in all history, having sold an estimated 600 million records worldwide

Hire a Beatles tribute band for your party, occasion, festival, music venue, theatre, wedding or event and watch as your audience sings and dances to their timeless songs.

Please take a look at our handpicked selection of first-class bands and acts and feel free to ask any questions you may have, we can check our band's availabilities straight away and can have a band booked for you within a very short time!

Book your choice from our excellent selection Beatles tribute bands in Lancaster from UK Live Entertainment, and watch your party come to life! Chat-Message or call us now, we're here to help! 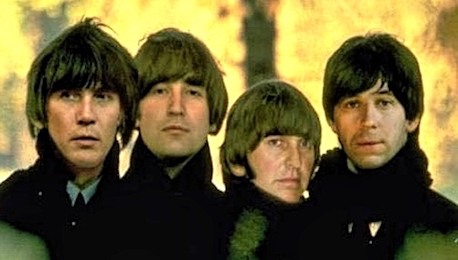 Talk to us for FREE consultancy assistance!

Thank you, your information has been sent successfully.

We will telephone you to discuss fees etc, and to finalise your profile information.

Please call or chat-message us if you have any questions.