Enjoy browsing our roster and auditioning our Amy Winehouse tributes.

Your music & entertainment couldn’t be in safer hands. Enjoy browsing our roster and auditioning our roster of Amy Winehouse Tribute.

All of our acts are tried and tested, experienced, professional entertainers, they all have considerable live stage performance experience and are used to performing their shows in both large and small venues.

In demand for performing their Amy Winehouse tribute shows throughout the UK, they are also available to travel and perform abroad if requested.

They regularly perform their shows right across the UK and can be seen at live music venues, theatres, festivals casinos, universities and colleges, holiday parks and cruise ships, and are also in demand for private and corporate parties and events.

All of the best known and most popular Amy Winehouse songs will be sung in their show performances, you can expect to hear many of these songs:

Amy (Jade) Winehouse was a brilliant British singer-songwriter famed for her unique expressive contralto vocal talent and her unusual and eclectic blend of musical styles including Jazz, Soul and R & B.

She was born in North London and was raised in London’s Southgate area. Her dad was a window panel installer and then a taxi driver and her mother was a pharmacist, her family heritage was Russian and Polish immigrants to London.

Amy had many relatives who were musicians and singers; in fact, her grandmother was a singer and dated the famous jazz saxophonist, promoter and club owner Ronnie Scott.

At the suggestion of her grandmother, Amy had formal training in singing and theatre arts at a number of theatre schools including the Sylvia Young Theatre School, the BRIT School and JMI School and also Ashmole School.

Her first album Frankie, released in 2003, and produced by Salaam Remi, was a massive success and featured all but two songs, which were co-written by Amy herself.

The album received highly positive reviews. It entered the upper levels of the British album charts and was nominated for the BRIT Awards in the “British Female Solo Artist” and “British Urban Act” categories.

The album achieved sales that elevated its success to platinum status. Amy went on in 2004, to win the Ivor Novello Award, with Salaam Remi, for the best contemporary song, for the single “Stronger Than Me”.

During 2004 Amy also performed at major festivals including Glastonbury, the V Festival and the Montreal International Jazz Festival.

During 2006, the follow-up album “Back to Black”, achieved enormous success going straight up to No 1 in the British Album Charts and going on to collect five Grammy awards for her and its producers Mark Ronson and Salaam Remi, making Amy the very first female artist ever to win five Grammys.

The album was responsible for launching several singles including “Rehab” which, was elevated to the top ten in both the USA and UK charts and “You Know I’m No Good” which reached position 18 on the UK singles charts. The title song of the album “Back to Black”, achieved position 25 in the UK charts but enjoyed better success in mainland Europe.

Amy toured extensively in collaboration with the promotion of the “Back to Black” album and appeared on television productions including Jools Holland’s Hootenanny live on BBC when she performed a cover of Marvin Gaye’s “I Heard It Through The Grapevine” alongside Paul Weller and backed by Jools’ Rhythm & Blues Orchestra.

During the summer of 2007, Amy performed at a number of major festivals including the Isle of Wight Festival, Glastonbury, Lollapalooza in Chicago, Rock Werchter in Belgium and the Virgin Music Festival in Baltimore.

Amy also won three Ivor Novello awards during her career in addition to the award for Best British Female Artist by the Brit Awards in 2007.

She remains a sadly missed and hugely appreciated and talented singer & songwriter, whose legacy lives on through the brilliance of her work and recordings. RIP Amy, we’ll always love you x

Hire an Amy Winehouse tribute act from UK Live Entertainment and be assured that you will be booking a first-class professional tribute entertainer with full support and back up from the UK’s leading tribute agency. 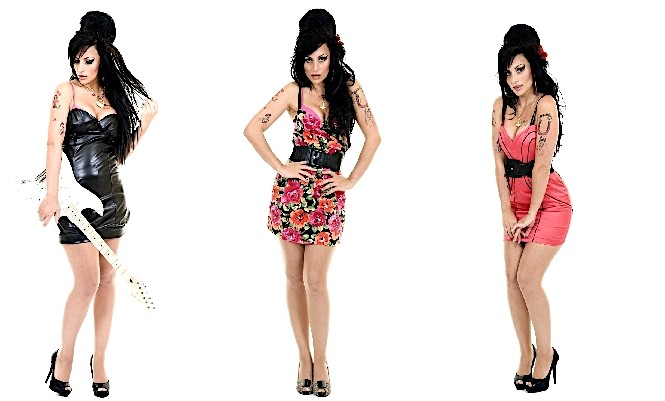 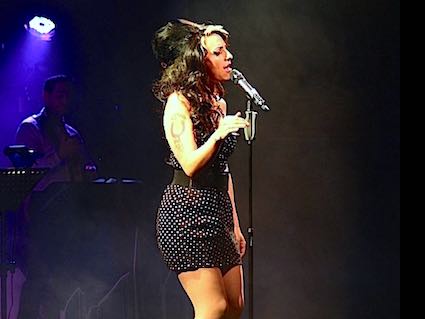 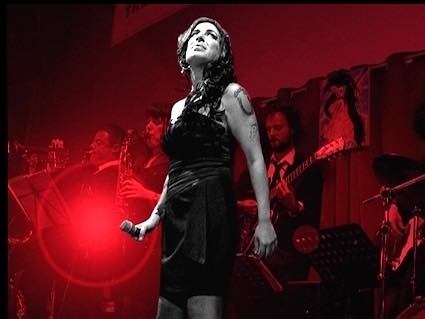 If you are looking for an Amy Winehouse performance to remember - Almost Amy' is quite simply stunning! Available with her own live band or solo with backing-tracks. View More

If you are looking for an Amy Winehouse performance to remember - Almost Amy' is quite simply stunning! Available with h View More

If you are looking for an Amy Winehouse performance to remember - Almost Amy' is quite simply stunning! Available with her own live band or solo with backing-tracks. View More