Enjoy browsing our roster and auditioning our Barbra Streisand tributes.

With such a great selection of Barbra Streisand tribute acts to choose from, we can confidently help and advise you to select just the right act to compliment your party or occasion or to suit your event perfectly.

All of our fabulous acts and band are all experienced and professional entertainers and are guaranteed to provide first class quality entertainment.

Whether you are staging a festival or concert, a theatre show or a garden party, or if you are looking for the right act for your wedding reception, we can suggest a choice of acts for you to review, and everyone will be of the highest quality and will present a thoroughly professional tribute show performance.

All of our Barbra Streisand tribute acts can provide their own sound and lighting equipment if required, their own equipment will be suitable for average sized venues, if the venue is large, then additional equipment can always be hired in for an additional charge.

Our Barbra Streisand tributes acts have performed UK Nationwide & Internationally, and at all types of venues and events, both indoors and outdoors, and for all sizes of audiences too, from very large audiences too much smaller and more intimate ones. No matter where they perform, or the size of the venue or audience, you can be certain that they will always do their very best to present a dazzling show performance and to thoroughly entertain everyone.

No matter which of our great acts you choose, you can guarantee that your audience will love the act, and their appearance will create lasting memories.

A Brief History of Barbra Streisand

An iconic name in the entertainment industry, she is an international celebrity and has won ten Grammy’s, two Academy Awards, five Emmy’s, nine golden globes and countless other awards and accolades.

As a recording artist, Barbra Streisand is probably the best-selling solo music artist of all time, having sold more than 70 million albums in the USA and a total of 145 million records globally.

In her first venture into movies as an actress, Streisand attracted critical acclaim as the star of FunnyGirltoward the end of the 1960s. Her other films included The Owl and The Pussycat, The Way We Were and A Star Is Born.  She composed the love song “Evergreen” for the movie A Star Is Born, for which she received an Academy Award.

Streisand became the first female to lay claim to having written performed, directed and starred in a major movie. The film Yentil went on to win an Oscar and a Golden Globe and Streisand herself won a Golden Globe for Best Director. Never before or since has a woman won the Best Director award.

Barbara Streisand has been recording for six decades and, according to Billboard, has had a number one album in all six of them.

In total Streisand has released 53 gold albums, 31 platinum albums and 14 multi-platinum albums in the USA during her long and hugely successful career.

Still writing, recording, performing, acting and directing today, Barbra Streisand is an entertainment phenomenon and one of the most achieved and most celebrated multi-genre performers of our time.

A national treasure indeed in the USA and adored by millions worldwide and long may she continue.

Please browse our selection of professional tribute acts and bands and ask any questions you may have via the Live Chat facility (bottom right), or give us a quick call for a chat about your party, venue or event.

Hire A Barbra Streisand Tribute Act From Us Today!

Hire the Barbra Streisand tribute act of your choice today from UK Live Entertainment, and watch your party rock! 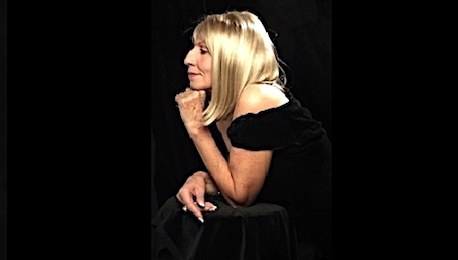