Hire a Dolly Parton Tribute Act from UK Live Entertainment, and you can be sure that you will be hiring a professional and experienced tribute artist.

All of our acts and bands have been hand-selected and are the best quality professional Dolly Parton Tribute entertainers available to hire today.

Our Dolly acts are able to perform their shows either solo; with professional quality backing tracks, or some are also able to perform with their excellent live band musicians too.

All of our tributes will always perform all of the lead vocals 100% live.

All  our acts are tried and tested, professional, entertainers, they all have considerable stage performance experience and know-how, and are well used to performing their shows at both large and small venues.

They regularly perform their Dolly Parton shows at venues and events right across the UK and can be seen at live music venues, theatres, festivals casinos, universities and colleges, holiday parks and cruise ships, and are also in demand for private and corporate parties, weddings and other personal celebration events too.

All of the best known and most popular Dolly Parton songs will be sung in their show performances, you can expect to hear all of your favourites being performed if you have any special requests, these can always be accommodated if advised in advance.

Dolly Parton is the professional stage name of Dolly Rebecca Parton, an American country music singer and songwriter, author and actress, who was born January 19th1976.

Without doubt, the most celebrated and honoured female country music artist of all time, she has received a total of 25 gold, platinum and multi-platinum RIAA certified awards.

Dolly Parton began to perform at a very young age and made many appearances on local TV and radio programme’s in her home country of Tennessee.

She met with Johnny Cash at a very young age and he encouraged her to pursue her musical tastes in her performance song choices.

Parton has achieved a staggering 25 No.1 hit songs in the Billboard Country Music charts.

Her album achievements are staggering too, with a total of 41 top country albums to her credit at 2016 and counting!

During her 40 + year career she has notched up an astounding 110 chart singles.

The total of all of her sales recordings including digital downloads, singles and albums is a mind-blowing 100 million globally.

She also won the Country Music Association’s Entertainer of the Year Award, one of only seven females to have ever been bestowed with the award.

Dolly Parton has enjoyed success as an actress too and has played star roles in several movies including Rhinestone, The Best Little Whorehouse in Texas, 9 to 5 and Steel Magnolias

Inducted into the Country Music Hall of Fame in 1999, her song compositions have totalled more than 3000 over the length of her illustrious career.

Parton has written and composed many hit pop songs that have been performed by other artists as well as those performed by herself, including the massive worldwide hit single performed by Whitney Houston “I Will Always Love You”.

Probably the most hard-working, dedicated and successful country music artiste, if not the hardest working female singer in any music genre, of all time!

Dolly Parton, we celebrate and admire your talent and dedication to music x

Hire a Dolly Parton tribute act from UK Live Entertainment and be assured that you will be booking a first-class professional tribute entertainer with full support and back up from the UK’s leading tribute agency. 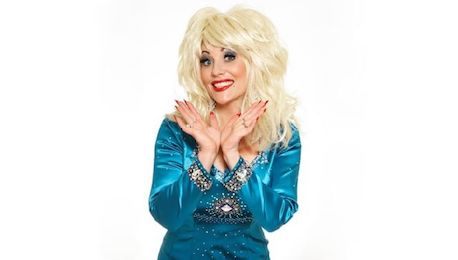