Hire an Elvis impersonator  from UK Live Entertainment, and you can be sure that you will be hiring a professional and experienced tribute artist. Every impersonator tribute we support has been tried and tested and has a well-proven track record for delivering quality entertainment and professionalism both on and off stage.

Enjoy browsing our roster and find an Elvis Impersonator for your event today.

We've hand-curated a roster of the best Elvis Impersonators and presented them together, for you to choose your favourite act.

Hire an Elvis Impersonator from us and you’ll be hiring from UK Live Entertainment, the UK's most experienced and reliable tribute act agency, we have more than 35 years of entertainment booking experience.

Some of our acts performed on the hit ITV television show ‘Stars In Their Eyes!’, and many have performed at some of the UK’s largest and most prestigious venues and events, but are equally as comfortable performing at small intimate private events, too.

We carefully select all of our tribute performers, saving you the time and trouble of searching through the Internet and having to decide between the many different artists available.

When you view an act on our website, you can be certain that it has passed our quality control standards. We represent and support only the best tribute bands and acts in their chosen field.

With an excellent selection of professional and experienced Elvis tribute & Impersonator artists to choose from, we are confident that you will see the act that’s right for your party, venue, or event.

All of our Elvis tributes and impersonators are professional entertainers, they take pride in what they do and strive to achieve very high show performance standards.

All of our acts and bands will provide excellent quality entertainment and are guaranteed to leave your audience wanting more.

No matter what the occasion or event, we can suggest an Elvis tribute that you will be impressed with.

There's a good choice of Elvis Tribute Impersonators available to hire in the UK, some are suited to corporate and private enets including weddings and private parties whilst others will be better suited to performing in clubs and pubs. Most of our artists have been performing their acts for many years and have developed and improved their performances and fall within the category suited to events but can also still perform at clubs and pubs if requested to do so.

This impersonator of Elvis Presley is a talented performer who puts on an excellent show.

Our Elvis tribute acts have performed extensively throughout the UK and abroad, and at all types of venues and events, from large festivals and theatre-style concerts, to private and corporate parties and events and at weddings too!

No matter what the event or occasion, or what size the venue, our acts will be able to adapt their shows to match the occasion and requirements perfectly, and will present an excellent show performance. You can also be certain that they will be professional, from start to finish.

All of our Elvis performers can provide their sound and lighting systems, which will usually be sufficient for average-sized showrooms, or they can use the in-house systems available, as long as it is of the necessary standard for vocalists.

If you are considering hiring an Elvis impersonator, please do not hesitate to get in touch with us. We would be more than happy to suggest a performer or band that we know will provide the perfect Elvis tribute show for your event.

Many of Elvis’ most appreciated and best-known songs will be included in our tribute acts performance song-list and selected from Elvis’ extensive and varied song catalogue including:

Should you want to hear a specific song performed, please do let the artist know in advance and they will usually always be able to oblige.

Elvis Presley was the professional stage name of Elvis Aaron Presley who was an American rock musician, singer, entertainer, and actor and was born on January 8th1935.

Considered one of the most significant western cultural icons of the 20thcentury, Elvis was affectionately known as “The King” of Rock and Roll and was inducted into the multi Music Halls of Fame.

Born and raised in his early years in Tupelo, Mississippi, his family moved on to Memphis Tennessee in 1948, when Elvis was 13 years old.

He began his music career at the age of 19 when he recorded a song with Sun Records which was produced by Sam Phillips.

Colonel Tom Parker skillfully managed Elvis’s career for more than 20 years and it was Colonel Parker who brokered the deal and signed Elvis to RCA Victor.

His first single release with RCA was “Heartbreak Hotel” which became an instant No. 1 hit for Elvis in the USA after its release in 1956.

Following a series of chart-topping song releases and TV appearances in the USA, Elvis became known as a leading figure in the Rock & Roll music world.

His musical and vocal talents, combined with his stage presence and performance skills, provocative dance moves all contributed to his popularity and iconic status.

He crossed colour boundaries as no other artist had before, which coincided with the birth of the Civil Rights Movement and made him even more popular with both black and white fans alike.

Elvis moved into acting with his first film released in 1956 Love Me Tender. He entered the army in 1958 as a conscript and served his two years of National Service and then resumed his career in music and entertainment after his discharge.

He produced some of his most prolific work after leaving the army and dedicated the 1960’s decade to filmmaking in Hollywood and music production. However, much of his acting was ridiculed by critics, nonetheless, Elvis had a unique personality that was adored by his fan base and had a determination to succeed.

Elvis returned to live performances in 1968 following a seven-year hiatus in the highly acclaimed TV special Elvis, which went on to secure him a highly lucrative and extended Las Vegas resident contract and a successive string of tours which were all highly successful and profitable for him too.

Sadly Elvis had been the victim of years of prescription drug abuse, which had taken its toll on his body and he died at the very young age of 42, in 1977.

Globally regarded as one of the most influential, celebrated, and most-listened-to musicians of the 20thcentury, he is, without doubt, the best-selling solo singer in the entire history of modern recorded music worldwide.

Elvis’s record sales are said to have exceeded 600 million worldwide. He was awarded the Grammy Lifetime Achievement Award at the age of 36 and won three further Grammy Awards during his career span as well as countless other awards and accolades.

Please check out our hand-curated choice of first-class tribute acts and feel free to ask any questions you may have, we’re always here and very happy to help! 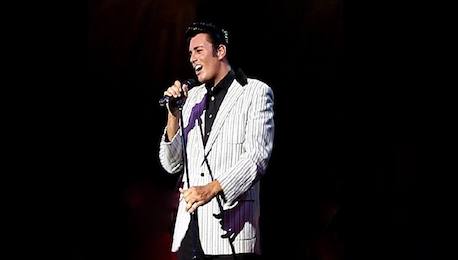 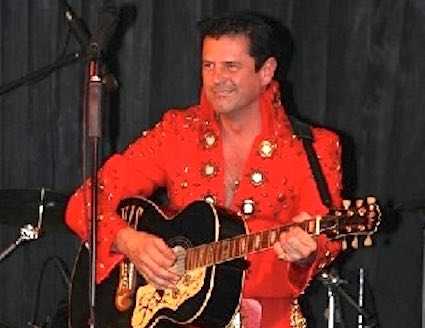 A very entertaining and personable tribute artist, ‘Elvis P’ always connections with his audiences and presents a gr View More 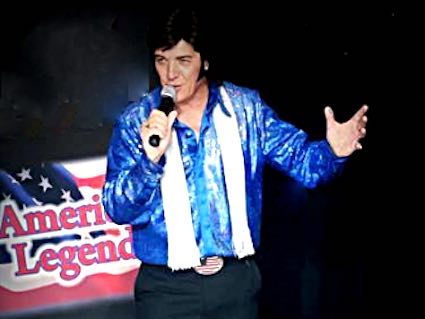 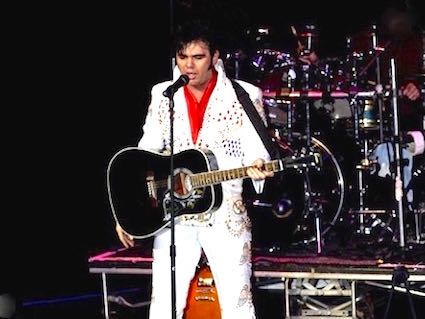 This show is truly dedicated to the memory of the king Rock & Roll, and is presented by a fabulous tribute singer that presents his act with loads of pure talent and grea ... View More

This show is truly dedicated to the memory of the king Rock & Roll, and is presented by a fabulous t ... View More

This show is truly dedicated to the memory of the king Rock & Roll, and is presented by a fabulous tribute singer that p ... View More

This show is truly dedicated to the memory of the king Rock & Roll, an ... View More

This show is truly dedicated to the memory of the king Rock & Roll, and is presented by a fabulous tribute singer that presents his act with loads of pure talent and great enthusiasm. ... View More

This show is truly dedicated to the memory of the king Rock & Roll, and is presented by a fabulous t ... View More

This show is truly dedicated to the memory of the king Rock & Roll, and is prese ... View More

This show is truly dedicated to the memory of the king Rock & Roll, an ... View More 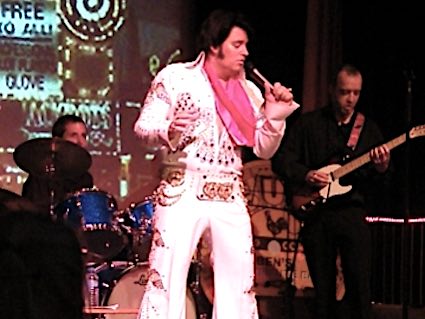